Thank you for contacting us! You will hear back from us shortly!

Scroll to the bottom to get your free test to see if you are an Indigo Child! 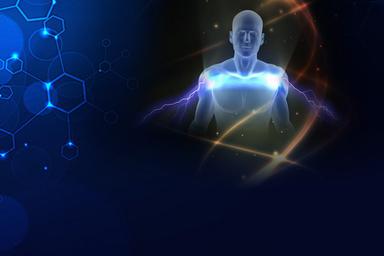 What is an indigo child (or adult)? Wikipedia

describes it as as “children who are believed to

supernatural traits or abilities. The idea is based on concepts developed in the 1970s by Nancy Ann Tappe and further developed by Lee Carroll and Jan Tober." We're not talking about mutants or super-heroes. These are just people who have been given some special gifts and abilities. The term "indigo children" is a New Age description, which you may or may not like to use, depending on your background and personality. (I will just refer to them as "indigo".) Books have been written on the subject. There are Facebook groups for them. There is also a lot of confusion about them. Parents with children who don't get along well with others, who have behavioral problems but seem to be very creative, who have ADHD, ADD, or depression, and so forth would prefer to think of their child as gifted or special, rather than face the true problems with their child. They may or may not be right. Not all children (and adults) who have these issues are indigo. Not all indigos have all of the characteristics we ascribe to being indigo.

The following are traits that are common among indigos:

We have developed a test that we can perform in our office to determine if you or your loved one is indigo or not. This test utilizes the Vital Balance technique, which includes muscle testing and basalt rocks. In working with Indigo Children and doing brain balancing on many individuals, I noticed different energy patterns in the brains of indigos. I can now use this test to objectively determine if someone is indigo or not. For a limited time, we are offering this test for FREE. Just enter your information below to send us an email and click on Submit. Once we complete the test, we will send the results to you via email.